The main objective of Journal of the Indian Medical Association (JIMA) are to promote the advancement of medical and allied sciences in the country; the improvement of public health and medical education in India and the maintenance of honor and dignity of the medical profession.

Journal of the Indian Medical Association (JIMA) publishes Original research articles, Case Reports, Editorials, and Short Communication in all areas of medical science The journal will also consider publication of letters to the editor commenting on research already published in the journal, as well as manuscripts describing new hypotheses or clinical trial protocols.

JIMA will not consider research work that has been published, is in press or has been submitted elsewhere (abstracts excepted).

Indian Medical Association launched its own journal in the name of “Indian Medical World”. The first issue was published in March in the year 1930, under the able Editorship of Sir Nil Ratan Sircar, while Dr. A. N. Ghosh was made the Secretary. An All-India Editorial Board of 21 members was also formed.

In the 7th All India Conference, which was held in Poona, under the Presidentship of Dr. Jivraj N. Mehta, it was resolved to change the name of the journal as “Journal of the Indian Medical Association”. The change was made effective from September, 1931 issue. The change of the name did not connote any change in the policy of the journal.

GROWTH AND DEVELOPMENT OF JIMA

The journal has recorded steady alround growth from year to year. It has recorded its brilliant progress in terms of increasing readership as well as being an “Index Journal” at par with the standard and sophisticated journals listed in Index Medicus (USA).

The Journal of the Indian Medical Association (JIMA) was founded by doyens of Medical Profession namely Sir Nilratan Sircar, Dr Bidhan Chandra Roy, Dr Kumud Sankar Ray and others in the year 1930 with only 122 Doctors, with objective to protect the rights and dignity of Indian doctors and to promote indigenous pharmaceutical houses. During the last 78 years of publication it has grown extensively. Not only its readership but also its reputation in the National and International Medical Forum has sprawled. It is Indexed in Index Medicus (USA). It is circulated among more than two lacs doctors, spread all over the country and abroad, like UK, USA, Canada, Australia, Malaise, Netherlands, Japan China, South Arabia etc.

It is subscribed by most of the Medical Colleges and Libraries in the country and also by Banks, Insurance Companies, Airways, Holiday Resorts, Textile Industries, Publishing Houses, etc.

We hope that you will certainly take the advantage of this excellent advertisement line. We solicit your full support and co-operation to make JIMA Number One Medical Journal in the World. 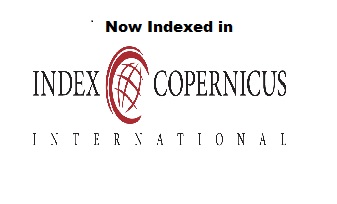 JIMA is peerless in its field.